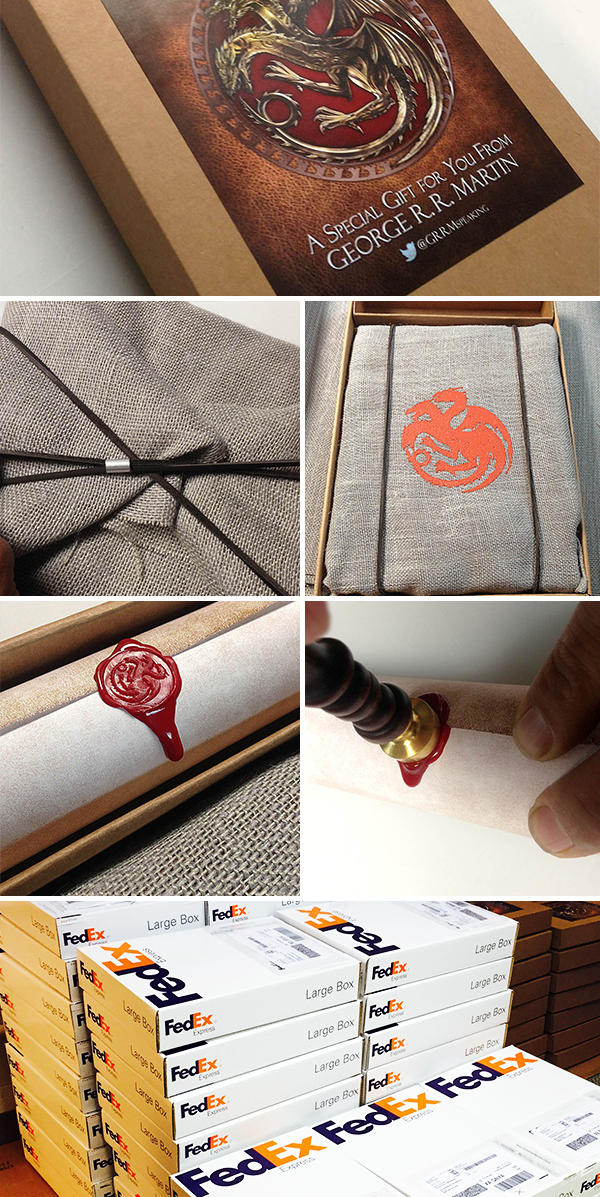 PGD is proud to have been chosen once again to help generate more Game of Thrones buzz. This time, we’re brought on by Penguin Random House to help launch George R. R. Martin’s new book, The World of Ice & Fire. What better way to kickstart a new product than to invite influencers like Jimmy Fallon and Neil Patrick Harris to share some premium swag with the rest of the world?

When you gotta get people talking about the newest product these days, we’re happy to be the go-to agency to help GOT generate some serious noise. It’s not always about how much money you throw at a marketing problem but how clever you can get about attracting attention.

Have a project in mind? Get in touch.